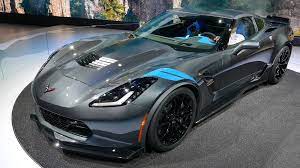 Modifying your car has been a popular pastime for many years. By modifying your car you are able to put your own unique personal touches on the vehicle to make it stand out from the rest. There are many cosmetic modifications that don’t make the car run any different, but then that’s not the point 90 percent of the time! More often car modification is done just to make your car look better or give it a more aggressive race like appearance. These types of modification are simple and will make your car stand out from the rest with very little work. As for the cost of car modifications, that is an altogether different story. Parts are freely available off the shelf from companies such as Spareco, Koni and Spax. For example you can buy Spax suspension, Janspeed exhausts, Momo rims and steering wheels, body kits, light alloy pedals, leather or led lit gear knobs, Corbeau race seats and even race harnesses.

Getting a new set of wheels for your vehicle is a popular choice. There are many alloy wheel styles to choose from. Another popular modification is having your windows tinted. Tinted windows can help keep the glare from the sun out and also makes it harder for others to see into the car. I.C.E or In Car Entertainment is vital to any car modification project. Enhancing your cars audio is extremely popular and the range of products and options available provide DIY car modifiers with a world of choices. Products to choose from include the popular iPod Car Adapter kits, USB, CD & MP3 Stereos and, multi CD changers, front and rear parking sensors (some have video), plus the leads, tv screens and tools required to fit everything. Leading brands include: JVC, Dension, Panasonic, Connects2, Dashmount, Parrot, Alpine, Autoleads, Kenwood, Pioneer & Sony.

Today car navigation systems such as Motevo, TomTom, Garmin and Pioneer navigation systems are key ingredients when modifying a car. Even satellite or GPS Navigation systems come in hundreds of shapes and sizes. The main types of in-car navigation systems are in-dash mounted navigation systems, portable GPS systems, hand held systems, motorcycle and marine systems and finally the remote navigation systems where the GPS system is plugged in to your car radio for instance. When buying a new GPS system its often better to opt for higher resolution screens as they make the map information easier to see. Large memory and a decent control chip make for smooth and efficient operating, the last thing you need is slow loading and in accurate positioning. Most GPS systems have large touch screens, working with a stylus can be tricky so it does help and lastly pay particular attention to how visible and mobile you wish your model to be. If it’s a permanent fixture in your car then bigger models are great, but if you need to take it in doors after use, a smaller model may be the answer. Car security is a factor not only when modifying your vehicle but also when insuring a car with lots of expensive audio equipment in it. Phone you current car insurance company and find out what you can do before your insurance starts costing you more. They will no doubt also require an upgrade to your car security system and there are simply so many companies out there the likes of Viper, Tracker and Clifford. They all sell various systems such as standard car alarms, remote car start systems and GPS tracking systems. GPS stands for Global Positioning Systems. Professional fitment is recommended and car security shoppers should always insist on a certificate of fitment from the dealer fitting the car security system.

If you want to give your car a sporty look without spending a fortune you can have racing mesh fitted for the front bumper of your car. This looks good and can also improve the airflow around the engine compartment. “Eyebrow extensions” is another way to customise your car. These extensions are usually plastic and are fitted to your car’s head lamps. You can get these in a variety of colours and are relatively inexpensive. Car engine mapping is also relatively cheap to have done and performance gains can be substantial. It is recommended that you have engine mapping performed by competent, well known companies as they are best able to advise you of other crucial safety features you should improve when doing so. Up-rated brakes being one of them and more expensive tyres make for better high speed performance and traction to handle the additional engine power. Consider upgrading the oil you use in your engine when you have this done and use an high quality performance air filter, fuel filter and also replace all perished water and oil hoses frequently, if you haven’t already done so. Engine mapping or chipping is basically re-programming your cars CPU and it is given new instructions on how to fuel your engine. The more power you ask for the more gas / petrol your mapping will request along with other parameters such as increasing the airflow to the engine by tricking the motor into thinking the air is colder, this produces more power. All this power comes at a cost though. Most cars that have upgraded their engine management systems do so for more power, not efficiency and in doing so use more fuel and rev higher too. Cam belts should be replaced more frequently and if you plan any engine modifications have a word with the manufacturers about what you plan to do.

There are many things that can be done to modify a car. An entire industry has been created by the need for body styling, engine tuning, lowered suspension and big bore exhausts. Any part of a car can be modified and making modifications is a statement of individuality and personal style. The most popular cars for modifying are usually small, low insurance group hatches. Always update your car insurance company with the latest modifications to ensure your cover is not withdrawn due to something you thought may be OK which they do not. Other insurances like car breakdown cover and gap insurance cover should not be affected by modifying your car, unlike your car warranty policy which will almost certainly be affected. Give your car warranty company a call and make sure your cover will still be provided before you make any changes.

Peugeot
All of the cars from Peugeot are popular cars to modify. You can even modify the 106, 206, and 306 pugs. The Peugeot 306 GTi is one of the most popular hatches to modify and tune. You can find a wide range of 306 body kits and tuning parts. Second hand Peugeot vehicles are reasonable and can be found almost everywhere. The insurance group starts off low so it makes it affordable for most. These cars have the potential to make a street racer that you can be proud of.

Citroen Saxo
The Citroen Saxo is one of the most modified cars because there is loads of modifying parts available. You can find everything from body kits to suspension. A popular choice for modifying is the Saxo VTR because it can go from 0 to 60 in less than ten seconds. It also is very fuel efficient and takes corners well. There are plenty of places to get parts and garages that work on them. You can modify a Citroen Saxo to be a real head turner.

Vauxhall Corsa
The Vauxhall Corsa is one of the cheapest and easiest cars to modify. They are also very cheap to insure even when they have been modified. Parts are readily available and they are reasonably priced. The Corsa B is a definite favourite for modifying.

Honda Civic
The Honda Civic has always been a popular car to modify. It has grown in popularity due to the film, “The Fast and The Furious.” The Honda Civic EK is one of the more popular hatches to modify. You can find a wide variety of Honda Civic body kits and tuning parts.

Some modified cars have become popular because of being in a film or on a TV show. Some are noted for their superior performance and some are known for the celebrity driving them. Below are a few of the cars that are considered icons today.

1967 Ford Mustang Shelby GT500 Fastback was the star of the 2000 film “Gone in 60 Seconds.” In this film the car does some unbelievable stunts, including jumping over 15 feet of cars.

1963 Volkswagen Beetle became famous in the “Herbie” series films. Herbie was a little Beetle with a Porsche 356 engine who gave the big boys a run for their money.

1969 Dodge Charger became a muscle car icon through the television auto skup katowice series, “The Dukes of Hazzard.” It had a confederate flag painted on the roof and the doors were welded shut. The modified Charger R/T, called the General Lee seemed to be always airborn.

1982 Pontiac Firebird Trans Am was made popular by the television series, “Knight Rider.” The modified Trans Am known as KITT was a hyper intelligent crime fighting automobile. This car could do everything including, see, hear and smell.

1974 Ford Gran Torino was made famous in the television series, “Starsky and Hutch.” It was a powerful muscle car with a 351 Cleveland and 4 barrel Holley carburetor. It was driven hard by two California detectives in the series.

1977 Pontiac Firebird Trans Am was made famous in the series of “Smokey and the Bandit” films. It was a powerful 6.6 liter 200hp muscle car that everyone wants to own.

1970 Dodge Charger was just one of the many fast modified cars in the film, “The Fast and The Furious.” This is a classic move that all gear heads love to watch over and over.

2003 Mini Cooper S-R53 was made famous in the 2003 film, “The Italian Job.” This little mite packed a supercharged 1.6L Tritect engines and was involved in some intense chase scenes.

1979 Ferrari 308 GTS was made into an icon by the television series, “Magnum PI.” The mid-engine V8Ferrari was featured in the original series. The show and the amazing performance of the 255hp GTS made people flock to the nearest dealer to buy one in the 1980’s.

There is a downside to modifying your car. If you don’t have a specialist or someone experienced in modifying your particular make and model of car, you may be wasting your money. You need to select the right combination of modification to gain the most out of your car. If you select the wrong combination you will have spent a lot of money for nothing. Another thing you should remember is modifications to your car may affect the warranty. It will also make your insurance premiums higher. You also have to be aware that some engine modifications can violate regulations and emission laws. You have to make sure that any modifications to your car are safe and won’t disrupt the reliability and stability of the vehicle. Sometimes modified engines are often touchy and require premium fuel.

It is easy to get caught up in the whole modification process and end up modifying the car too much. The rule of thumb should be; less is more. Otherwise you will spend huge amounts of money, which could add up to more than the car is worth. Also, if it is over modified it can be hard to sell and most dealers won’t offer a deal to do a trade in for the car. Just keep these factors in mind when you are going to modify your car to express your style and personality.
Enjoy your new car!